2 min read
[UPDATE]: Flying Bebop got through! Congratulations guys, this was much deserved. See you on the show soon!

Flying Bebop are an act on Britain’s Got Talent 2016 using drones to perform to the British public in a new, yet creative way. I managed to bag an interview with the team, and this is the article featuring everything I found.

They mix a team of engineers from the companies Parrot (the drone maker) and BeTomorrow (for the drone software) with some great artists: Antoine Marc, the choreographer as well as Nadia Lumley and Gavin Vincent, two great dancers. They create, in 3D, the choreograph and then test it with drones only, then with dancers before practising many many times until they get a great show prepared.

They are really convinced they could invent a new type of show mixing robots (the drones) and humans. Their dream is to be able to create emotions having a drone on stage. Wall-E, the robot from the film, is their model because people love him even if he is a robot.

It takes 3 weeks at least per show. That’s a concern if they go to semi-final and then to final, we would have only one week to make a new show for the final. What a challenge! But, they have created special 3D tools to make their lives easy. They need a week to create a new choreography (just for the drones). In total it is one month of intense work to create a new show. It was more in the past but they have invested in great tools which makes the process faster and better.

They use the Parrot Bebop 2 drone for their performances. The drone is very reliable, and very safe as it is designed to be a toy, not a dangerous drone. Also they have developed a strong security feature which allows them to stop all the drones safely in 1/4 of a second in case of unexpected situation. It was mandatory to operate at Britain’s Got Talent in front of 1,800 people. The drones cost about £500 per piece so it makes the whole show quite an expensive process.

With roughly 650,000 views on YouTube, Flying Bebop is off to a great start, about to further pushed by progressing through to the next round of Britain’s Got Talent.

To see the whole the process watch see the video! 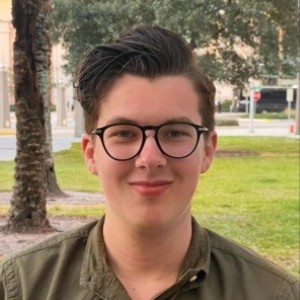