Hands On: Android Apps For Chrome OS (How To Enable)

There have been months of rumors that Android would be taking over Google’s Chrome OS and while those didn’t come true, we did get something even better, Android apps on Chrome OS. Google officially confirmed the news back at Google I/O. at last, we finally got that Chrome OS and Android crossover.  We’ve been eagerly awaiting the functionality to come to devices and earlier this weekend the first developmental build featuring the Play Store functionality was released.

Currently Chrome OS version 53 is rolling out via the dev channel on Chrome OS and includes among other things, access to the full Google Play store and all the wonderful apps within. Sadly this is only working on the ASUS Chromebook Flip so far, but it will be coming to most recently released Chromebooks over the coming weeks.

It’s important to remember that this is still very early in development and many bugs and issues still need to be worked out both by Google and app developers. That being said if you will like to try out your favorites applications for yourself follow these steps.

After the change takes place and the update is made your Chromebook will reset but no worry’s simply log into your Google account and all your apps and wallpapers will be there waiting for you. Now, when we return to are desktop well notice nothing has really changed from a UI perspective but we are greeted with the Play Store icon placed on our app dock just like the one from Android devices. Unlike the previous version that only was a shortcut to the web version of the Play Store, this version takes us to the interactive Play Store we all know and love allowing us to download our favorite apps from the millions of apps available. However now that same Play Store is on Chrome OS.

Of course, not every app is developed for something the size of a tablet let alone a Chromebook. From that alone you’re still left playing trial and error as some apps aren’t capable of running properly or at all and may need the developers adjustment’s to get working,. From my own tests so far, simple apps like the official Twitter application work fine (despite a few UI bugs) while PocketCasts, for example, failed to run upon opening.

I haven’t been able to test this functionality enough just yet to say how well they run overall, but in my experience so far it’s been pretty hit and miss. Angry Birds, Dead Trigger & Marvel Contest of Champions all ran fine and when it came to gameplay, they all ran fairly smoothly with no lag. I did encounter minor moments where the touchscreen stopped responding but the cause is unclear. There’s a chance this can just be based on the specifications of the Asus Chromebook Flip vs what Dead Trigger is usually running on but it is really nice to have a fun gaming experience outside of what the Chrome Web Store offers.

The one thing on Google’s part that I was excited for and disappointed it isn’t an option in this build is the ability to resize apps and side snapping for cleaner and easier multitasking. This only leads to another bug being you can’t use multiple android apps at the same time, at least for now.  No longer can I count the number of times I jump from a game to Twitter or a Feedly reader and end up finding myself force stopping apps just so I’ll be able to reopen them again, If lucky enough to go back to the app fine chances are it will restart which can be frustrating if you were in the middle of a game or watching a video.

All that being said,  again  this is only the first developer build and issues like this are expected. We will continue to follow the progress this new feature takes over the next several months as well as enjoying more ways to get the most out of a Chromebook.

What are your thoughts on Android apps coming to Chrome OS? Let us know down in the comments! 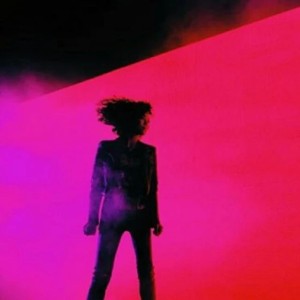 College Student with a passion to discover and experiment with the latest and greatest things in the world tech. If not sitting around watching the latest Doctor Who, working on his phones and tablets, or in school, He's observing the world and thinking of new things to create and share.
All Posts