Explained: Here’s what is new in Bluetooth 5

Bluetooth is baked into almost every single device you use. At this point, there is a love-hate relationship going on with the wireless standard. No one really notices how annoying the current version of Bluetooth is until their phone disconnects from the Bluetooth speaker. Another relatable scenario is when the assistant in their car stops relaying calls to them.

Just about everyone knows just enough about Bluetooth to make it work. However, what most fail to notice is the fact that Bluetooth is a wireless standard and it receives updates too. Now, Bluetooth is in the midst of moving to version 5.0, and recently, the organization that controls the standard, “Bluetooth SIG,” released specifications on the next version.

What will Bluetooth 5 improve?

Former versions of Bluetooth have brought along new features, as well as improved capabilities and range. With Bluetooth 5.0, we’re getting more improvements to the standard’s current abilities, as well as a focus on “internet of things” devices.

Faster data transfer, and more at once

The latest iteration of the wireless standard claims to be four times faster than the previous iteration — Bluetooth 4.0. Further, the Bluetooth SIG is claiming an increased range of being four times better than what Bluetooth 4 was. The speed will be twice as fast and the amount of information will increase by 800%. Basically, it will be able to send much more data much further and faster. But what does this mean for you?

This means that when you’re connected to a Bluetooth speaker, you’ll be able to walk farther away without it disconnecting. Further, transferring data between devices over Bluetooth won’t be as much of a hassle by offering increased speeds.

Bluetooth 5 will also increase the number of “advertising packets” available. What are those? Essentially, these packets are what allow different devices to talk to each other before the pairing process is complete. For example, seeing the name of a device. The added number of packets should allow the pairing process to be a smoother, more reliable action, which will also help out with the stability of the connection.

Bluetooth 4.2 set the groundwork for Bluetooth to play with the ever-growing Internet of Things ecosystem, but Bluetooth 5 brings it to the forefront. The added range, speed, and capacity will help it offer “the flexibility to build IoT solutions based on feature need- range, speed and security can be adjusted for a variety of environments and end products. The increased speed of Bluetooth 5 lays the groundwork for the next generation of Bluetooth audio, and the increased range will deliver reliable IoT connections that make full-home, building, and outdoor use cases a reality.”

When will Bluetooth 5 be available?

Bluetooth 5 has actually already arrived. A small handful of devices have already hit the market with the updated hardware needed, and more should debut over the coming months. However, your current devices won’t benefit from this improved standard. 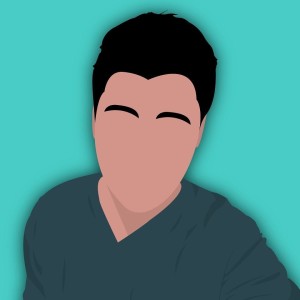 Having an inveterate fascination with all things tech, I pursue my passion for writing as well as my passion for technology through the medium thecyberfibre.com and yourtechexplained.com
All Posts