Google I/O Day 2 brought us less news than the first, but included in the mix we had Daydream VR 2.0, as well as some new rumors about the OnePlus 5’s camera sensor.

Google first announced Daydream back in May of last year. Since then, there have been few devices released with Daydream capabilities, the Google Pixel and Pixel XL being the biggest ones. Today at Google I/O, Google announced the second revision of Daydream, codenamed “Euphrates.” Daydream 2.0 will bring a bigger focus on easier sharing of content, Google Chrome support with webVR, new dashboards, and the option to capture screenshots/video while in VR, or even casting what you’re seeing to a Chromecast or capable Google Cast device.

As of right now, there is no word on when Daydream 2.0 is set to launch, but we expect it to be alongside the new device-less Daydream headset that Google announced yesterday.

Google has been pushing Assistant more and more lately, especially with the recent updates that Google Home got alongside launching Assistant on iOS. Google’s latest announcement will allow you to use Assistant to send money to people through your phone or Google Home (maybe Wear? Unknown at this point). On the phone, you have to confirm payments via your fingerprint, password, or PIN. We aren’t completely sure how authentication will work with your Google Home, though Joe and I have some fun discussion as to how we would like to see it implemented!

In other news, OnePlus is reportedly teaming up with DxO, creators of the DxOMark test that rates camera quality. If this report is true, and the OnePlus 5 really launches at the sub-$500 price point rumored, it could really be another game-changer introduced by the once-small Chinese smartphone manufacturer. Now, just because OnePlus is looking to partner with DxO doesn’t mean that they will for sure team up, and even if they do, it doesn’t mean that it will house the best smartphone camera ever; but what it does mean is that OnePlus will get some great insight into how to make a give people a great photographic experience when using their latest handset. 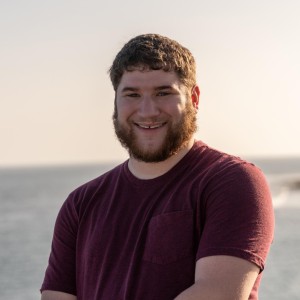