The humble padlock. Protector of lockers, sheds, bikes, and other things that we don’t want others to have unlimited access. But, the benefit of the padlock is also its weakness; the keys or a combination plate. Anyone who has used one in the past (and who really hasn’t?) understands the pain of spinning the dial or using a key to unlock the padlock. If you forget to spin the plate the correct direction or not enough times and you must start all over again. Forget the combination and it can prohibit you from accessing your belongings. And if you forget the key, and you’re better off using a less conventional method to access your belongings.

A Canadian tech firm, Pishon Labs, is looking to change the way that we think about the padlock. Starting from a crowdfunding campaign on Indiegogo, the TappLock One gives us an extra option when choosing a padlock. While most padlocks have a combination plate or key, the TappLock One has a fingerprint reader. No more having to fumble around with turning the dial or having to remember the combination. It is also IP66 Water and Weather Resistant.

The thing that makes this padlock stand out is the build quality. Forged with a Zamak 3 zinc alloy metal body and sporting a 7mm reinforced stainless steel shackle which incorporates anti-shim and anti-pry techniques, this lock is something else.

How you unlock the padlock is why this is a great product. Press the button on the bottom of the lock, rest your finger on the sensor, and the clasp disengages. Simple as that. Press, rest, and done. And, if you want to share access, the lock stores up to 500 fingerprints.

Two things set this padlock apart from the others on the market. Its highlighted feature, the fingerprint sensor, that will unlock in 0.8 of a second. And the fact that it has a battery that will, according to the documentation in the box, last up to a full year.

One feature that I had an issue with is the alternate way to access the lock, morse code. The morse code method of entry is in case you don’t have your phone and the fingerprint reader is not working correctly. Setting this up in the app is pretty simple. Enter the code in the app, and save it to the device. But, using the method on the lock is the tricky part. I’ll be honest and say that it took me a couple of tries to get it to unlock using the morse code method. But since this was the only thing that I could actually find to the lock’s detriment, I won’t say that it will hurt my opinion of the lock.

All in all, this lock is a great device. You’d be hard-pressed to find something that works this well. Considering that you’ll pay around the same price for other locks, the price is pretty good. Coming in at $99, it’s a good device that is tough enough to stand up to the competition. 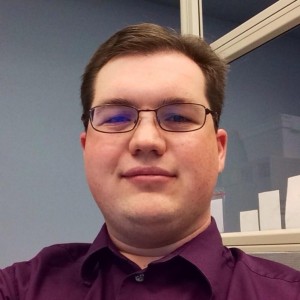