Like any industry, there are some common misconceptions, misrepresentations, or straight up ethical dilemmas that happen all too often. Part of why they occur is that those they happen to aren’t aware they’re happening, or perhaps that they don’t understand why something happening even is ethically shaky.

Ok, enough dancing around it. There are some common practices in web design that are downright shady, and here are 3 of them.

This one probably seems super obvious, yet, it prevails. Just the other day I overheard the following as part of an actual pitch from a web and SEO agency to a local painter:

“We work with 3 other painters in your area, and we’re looking for 10. Why? Because there are 10 spots on the front page of Google.”

Sigh. The first thing that’s wrong here is the degree of hubris to assume that YOU, as an agency, are so supreme at SEO that naturally all 10 slots of Google’s front page for a given keyword would conveniently go to all 10 of your clients. No matter how good you are there are other good web developers and SEOs out there competing for the same words, so it’s very rare that you take up all of the front page.

Secondly, it’s rather unethical to be working ongoingly with a handful of businesses that compete with each other directly. Why?

If it takes 3+ months because there were a lot of custom pieces that required hand coding and meticulous implementation, fine. Maybe like an extensive membership area on the back end, or a large e-commerce store.

But more often than not, a web designer ends up taking 2-3 months building a typical WordPress business site because they’re using outdated or inefficient tools, or deliberating far too long on inconsequential things (or simply lazy).

Why should the customer have to pay for that? If the end result is essentially the same as a website built in under a month by someone who is on it, using tools that allow a smart end result in less time, which is better?

Having worked at several agencies over the years, I saw a lot of this. It becomes an industry standard for a website to take 2-4 months to complete, so a developer will essentially power through some stuff in the course of a week, and move onto other projects for a month and a half. The only reason it took 3 months is that they essentially took a 2 month vacation in between tasks, and the customer has to wait around for it.

Given that these “bigger” projects often cost $5000-10,000, you’d think the customer would be a little more of a priority than that.

Building A Website That Is Pretty… and That’s It

Sharp-looking is important, for sure. You can’t prevail online with how competitive search marketing is if your site design amounts to a “me too” website. However, it equally can’t stop there.

Any developer worth their salt these days knows that that a certain fundamental level of strategy and SEO has to come into play in a website launch. Otherwise, it’s likely to end up another one of those sites that looks nice and feels nice, but never makes the phone ring.

Just earlier this week I was reviewing a site for suggestions. All was going well while I was wearing the design hat.

But once I looked at the code and wore the SEO hat, I immediately noticed that the front page didn’t have an <h1> tag. For those who don’t know what that is, suffice it to say that it’s so basic on the list of things a page needs that not having it, and not having it on the front page, is ridiculous. The front page is the most important page on the site in most cases, and (in this case) it’s lacking a basic component of ranking on Google.

Even a web designer that says, “I don’t do SEO,” should know that.

That developer either doesn’t understand how important that is —which is a skills issue customers would cringe at if they realized — or they don’t care. Neither is good.

Ask for samples, and look at the agency’s own site. Don’t settle for that “shoe cobbler’s” adage. A marketing agency that is serious and competent has their own messaging under control, even if they’re busy. Especially if they’re busy. 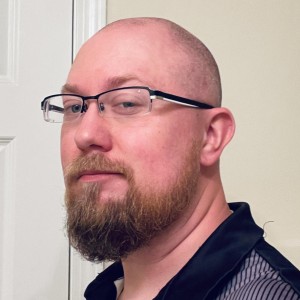