A new Mac mini was announced earlier this week at Apple’s keynote event along side an upgraded MacBook Air and iPad Pro. Unlike the latter announcements, the Mac mini had gone almost 4 years without a refresh. It’s safe to say the upgrade came as a nice surprise.

On the surface, it doesn’t appear to be too different than its predecessor – the late Mac mini (2014) – save for the change in color from Silver to Space Grey. The body also uses an aluminum alloy made from 100% recycled aluminum, same as the other premium Apple products.

The “part racehorse, all workhorse” device comes with quad-core and 6-core 8th-gen Intel Core processors with Turbo Boost Speeds up to 4.6GHz and Intel UHD graphics. The Turbo Boost allowing for 70%more MSP (maximum sustained power). The Mac mini leaves your standard hard drive in 2014 (where it belongs) and replaces it with SSDs. Apple offers you the option to expand the SSD up to 2TB, an addition that will make working with large files and projects, that much easier.

The Mac mini base model is priced at $799, with various upgrade options that raise the price ever so slightly. Maxing out on all the additional upgrades (processor, memory, storage, ethernet options and pre-installed software) would put this little guy well over $4,500 so it is by no means the “cheapest” option.

Mac mini users have had to wait quite some time for this much improved upgrade, but was the wait worth it? Although Apple has drastically changed many key features of the device itself, was it enough to for you purchase (or convert over from another product)? Let us know how what you think about the new Mac mini over on our socials! 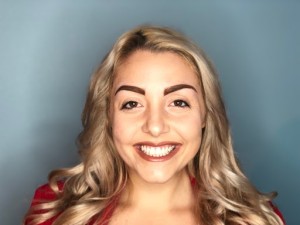